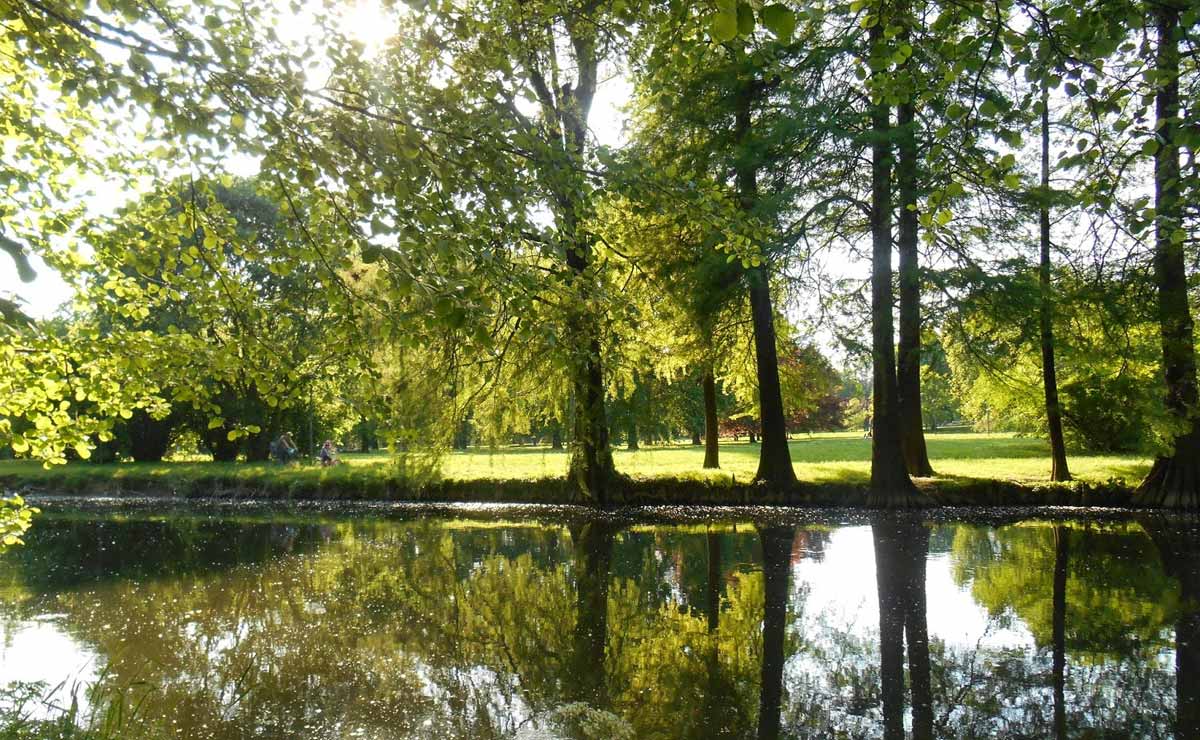 The park is enclosed between the districts Rottole, Cimiano and Feltre, bordered by the municipalities of Vimodrone and Segrate and is crossed by the East Bypass.
It was built in 1936 to a design by the architect Enrico Casiraghi, with the aim of preserving and emphasizing the Lombard landscape, taking advantage of both the water resource given by the presence of the river of the same name with its irrigation ditches and springs, and the lush natural vegetation.
The designer modeled the area through particular perspective views, created three artificial hills and two ponds (now dried up and preserved as depressions in the ground) and designed a system of avenues about 4000 meters long.
Destroyed largely during the Second World War (the trees were cut to make firewood), it was recreated during the 1950s and 1960s with the acquisition of new land and the laying of new trees.
Within the Park there are agricultural areas with fodder that preserve the characteristic of "marcita" cultivations (ancient cultivation method invented by the Cistercian monks). In recent years the Municipality has promoted a campaign to enhance the area to restore its ancient role as a "rural branch" of the city.

There are five farmhouses of which only one has maintained its original features and functions: Cascina San Gregorio Vecchio, located in viale Turchia, where, around a large square courtyard, there are residential areas, stables and barns.
Then there are the Cascina Mulino Torrette, in Via Marotta, which has been completely renovated and of which there are still two bladed wheels and millstones, home of the Exodus Association for the recovery of drug addicts, Cascina Cassinetta San Gregorio, again in via Marotta, consisting of two completely renovated buildings, Cascina Biblioteca in via Casoria, in operation until the 1970s and now home to a community for the disabled and, finally, the Cascina Mulino San Gregorio in via Van Gogh, the headquarters of the GEVs.